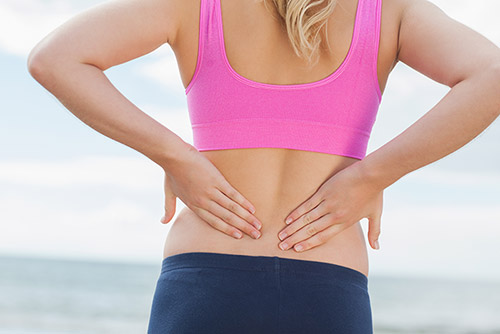 The spine is perhaps the very core of the human body; a central support system that forms and carries the body, the very home of the central nervous system. When the spine experiences a ruptured disc, the bodies home is jeopardized. The intervertebral discs, situated between spinal vertebrae, which preserve and protect this precious nerve center–thus also preserving and protecting one’s very movement and sense of well-being. This is why the medical issue known as the ruptured disc is such a serious and problematic condition.

More than 3 million Americans each year suffer from a ruptured disc. And before we take a closer look at this all too prevalent medical condition, we first should examine the makeup and purpose of the intervertebral disc.

When a disc is torn or ruptured, its outer layer is weakened to the point that the liquidy inner layer permeates the barrier and penetrates the spinal canal, this can serve to severely impact the movement, the functioning, and the very life of the patient.

The causes of ruptured discs can be many and varied. A good number of cases, however, seem to stem from some common factors and occurrences:

Rupture Disc in Back

While we’re talking about uncontrollable causing factors, bless ‘em, it’s also a fact that gender is a contributing factor; with males between the ages of 30 and 50 particularly prone to painful and ruptured discs.

As its name would indicate, the ruptured disc condition is a painful and impactful one; and many people ask, What does a ruptured disc feel like? Well to answer this question, let’s take a look at ruptured disc symptoms:

At the first appearance of any of these signs or symptoms, contact a physician immediately. A top quality orthopedic physician will administer the X-rays, MRIs, pain mapping techniques and other imaging tests needed to diagnose the issue of ruptured discs. Once this diagnosis is made, the physician or surgeon will work with you to determine a course of ruptured disc treatment.

It is vital to remedy any instance of a ruptured disc, as this condition can lead to other, even more serious orthopedic conditions such as sciatica and debilitating lower back pain. In addition, a skilled orthopedic specialist can determine if you suffer, technically and specifically, from a ruptured disc or a herniated disc.

Is a ruptured disc the same as a herniated disc

In many instances, the terms herniated disc, ruptured disc and slipped disc are considered interchangeable, even in advanced medical journals. The terms are so similar, in fact, that some people feel pressed to pose the question, “Is a ruptured disc the same as a herniated disc?”

In essence, the answer is yes; in the instance of both ruptured and herniated discs, the disc has been pressured and burdened to the point of tearing; although the term ruptured disc is more often employed to describe a disc torn through force of injury or trauma. These terms should be sharply differentiated from the related term of bulging disc, however, as a bulging disc is a common characteristic of aging and simply references a disc that grows larger in size.

So once it is finally determined that you do indeed have a ruptured disc, how can it be treated and resolved? Well in many instances, a number of sources agree that initial ruptured disc treatment should be gentle, therapeutic and noninvasive in nature. Possible nonsurgical treatments should include:

If all else fails, then the time may come for the ruptured disc patient and their physician to consider the possibility of ruptured disc surgery. And luckily, today’s orthopedic surgeries are less painless and invasive than in times past.

Today’s ruptured disc surgeries tend to involve smaller and very precise incisions, with far less bleeding and pain, not to mention poking and prodding, involved–as well as less time spent in the operating and recovery rooms. This is particularly true of robotic spine surgery, which involves a complex advanced imaging process that most literally grants the orthopedic surgeon a clear image of the spine. They thus can make a precise incision, removing the part of the ruptured disc that is irritating and agitating the spine; or, if needed, the entire disc.

The objective of ruptured disc surgery is always the removal of the pain and discomfort caused by this traumatic condition, with as little trauma to the body as possible. And thanks to the high tech, noninvasive nature of modern surgery techniques, the ruptured disc recovery time is substantially shorter in most cases. Indeed, some patients report recovery times of four to six weeks; although a more realistic expectation might be three to six months to allow for a full return to all normal life activities, including those that are professional and recreational in nature.

Thanks to modern robotic spine surgery and highly holistic forms of advanced orthopedic treatment, a ruptured disc does not have to mean a disrupted life.

Your email address will not be published. Fields marked (*) are mandatory.